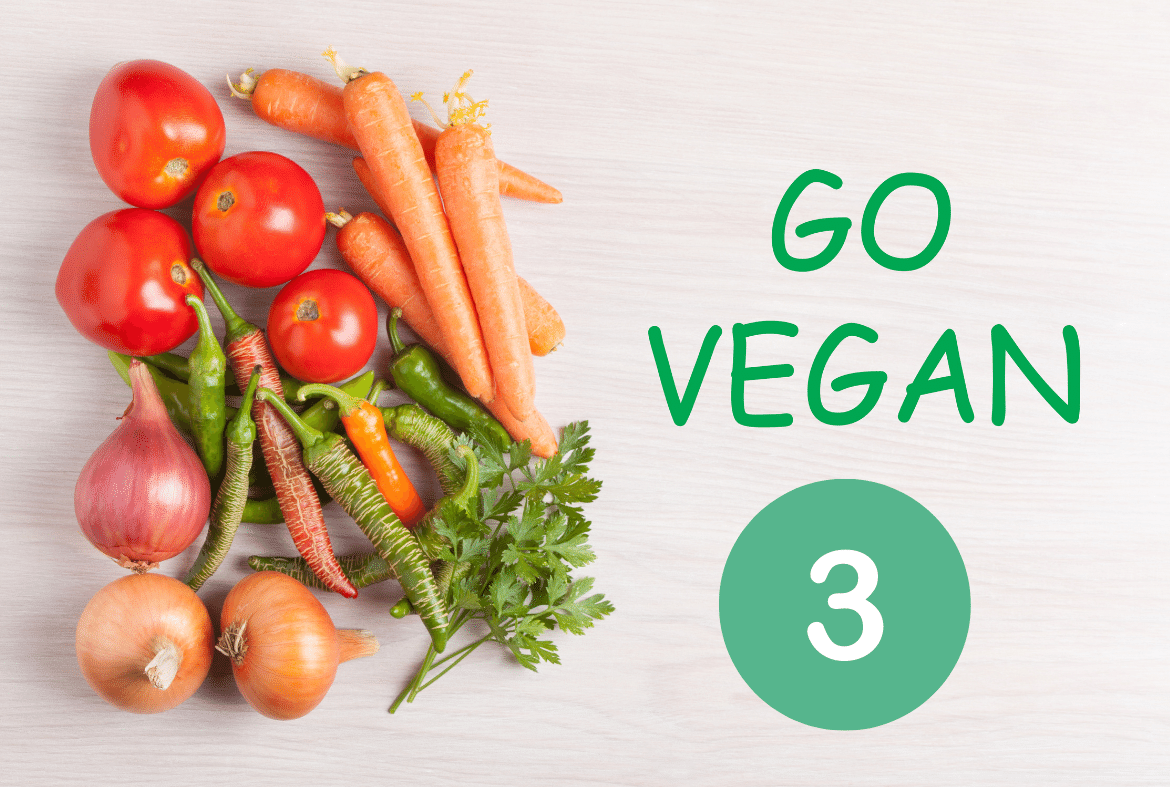 Go vegan: there are many people today who are changing their diet in one way or another. There are a lot of reasons for these changes, and of course, everyone has their own motivation for making changes. A vegan does not eat any animal byproducts at all, not just meat. They won’t eat cheese, milk, eggs, etc. A vegetarian won’t eat meat but will still eat other types of animal by-products like dairy and eggs. To start the vegan diet environment is often one of the motivating factors.

There are three common reasons why people turn to veganism

The vegan diet is healthy

Eating a strictly vegan diet can help you lower your cholesterol significantly. You do have to talk to your doctor first before making such a major lifestyle change. This is a necessity if you already have some health issues. Since animal products can have a lot of saturated fat and cholesterol, cutting them out of your diet can make a big impact in a pretty short period of time.

It’s not a big secret that animals who are raised for food aren’t treated very well. There are often horrible conditions and extreme overcrowding. Some people just hate the idea of those animals suffering and they feel like if they don’t eat meat they won’t be contributing to these conditions.

If you currently have some heart-related problems and/or high cholesterol, you may want to have a nice long chat with your doctor. I personally can’t see why he would have a problem with you becoming a vegan (though you will need to closely monitor your protein, zinc and B12 intake) you do need to talk to him and make sure. I’m not a doctor and I can’t advise you one way or the other.

Some people just don’t think that it makes sense to devote so much land and resources to grazing cattle. They feel like that land could be better used by planting crops. When you consider not just the pasture land that is taken up by cattle but also the amount of grains that are grown just to feed the cattle and the amount of water needed to water not just the cattle but to grow the grains, that’s a lot of resources going out.

There can be a lot to think about when you listen to those types of arguments. If we planted crops on those thousands of acres of grazing cattle, could we do more to cut out world hunger? Of course, there are many people who think that there is enough food to go around right now, it’s just not getting to the right places. They believe it’s more of a supply line problem than a lack of enough food.

There are many valid reasons for choosing veganism. One of the most thought-provoking and compelling is vegan diet environment concerns. You may not agree with those points, but it sure does make you think, doesn’t it?